Call for more funding for women 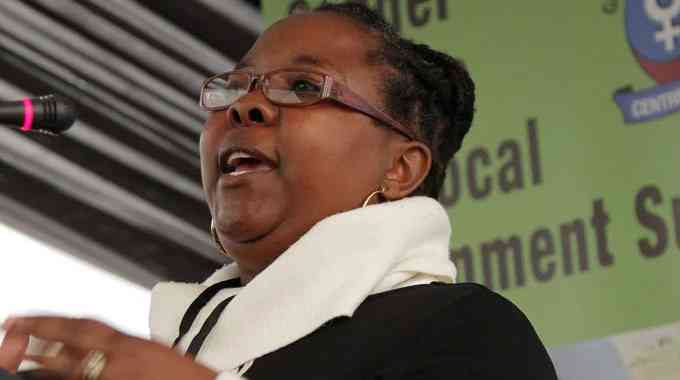 Muwanigwa said deliberately increasing funding for women would go a long way in empowering them.

“So there is need to actually increase money, the allocation maybe to the Zimbabwe Women Microfinance Bank, to the Empower Bank because as long as the money is not there, women empowerment will remain a pipe dream,” she said during a meeting held in Ntabazinduna, Matabeleland North, organised by UN Women and Oxfam.

“We know that the issue of collateral is not just about the finance aspect. It’s  not just about the economic aspect, but it goes back to our cultural socialisation where you find that even if a woman has some resources, she does not have control over those resources when you compare maybe with the men in her life,” she said.

“So a man can sell off a property because he thinks it’s a good idea, but a woman can’t do that… So it’s important that we deconstruct our stereotypes around issues of access to resources, control over these resources and control and ownership of the resources themselves.”

She said measures, policies and support mechanisms should be continually implemented to elevate the status of women, men, girls and boys to fulfil regional and international obligations under Sustainable Development Goals.

“Money will never be enough, but at least as we allocate, as we map, as we come up with programmes, it’s also important to see which areas received the money before, which ones have not received. So as ZGC, we would really appreciate if women are able to get (all the) resources they require.”