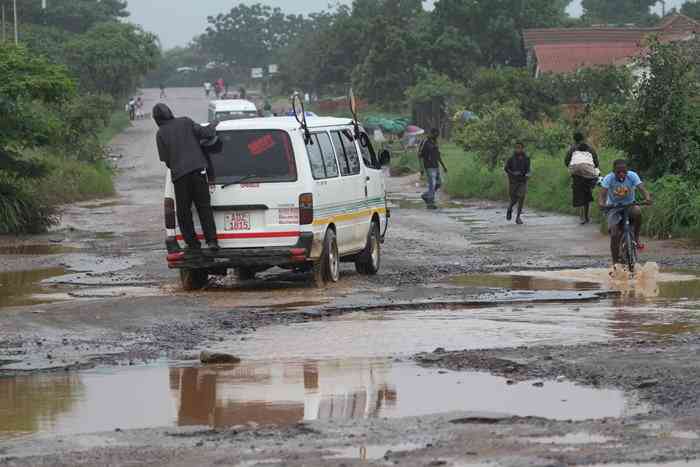 The rains that have been pounding Bulawayo in recent weeks have worsened the state of roads in the city.

Some of the seriously affected roads include Khami and Luveve close to Makokoba Bridge.  Motorists have been using other routes to avoid the potholed roads.

Acting provincial police spokesperson Inspector Nomalanga Msebele said:  “Drivers must be careful and avoid speeding during the rainy season. We should also be careful as we approach the festive season.”

Efforts to get a comment from Bulawayo mayor Solomon Mguni and his deputy Mlandu Ncube were fruitless as their mobile phones rang unanswered.