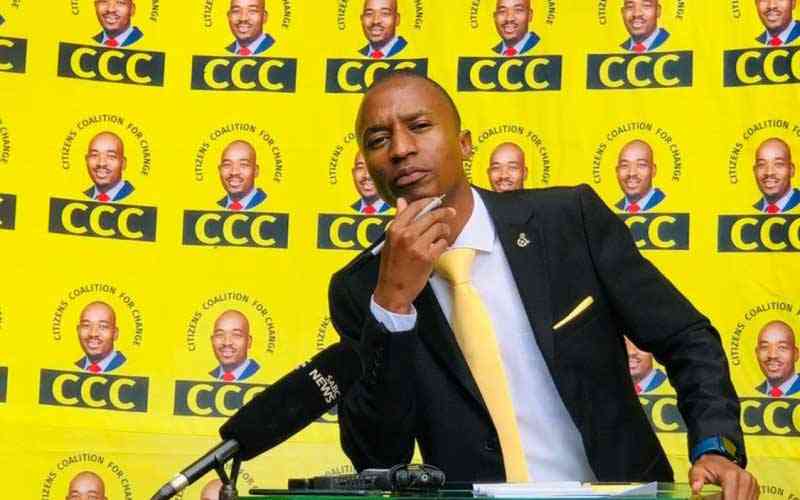 THE Citizens Coalition for Change (CCC) says it is optimistic that the Southern African Development Community (Sadc) and the African Union (AU) will intervene to resolve the country’s long-running socio-economic crisis.

Addressing journalists in Harare yesterday, CCC interim deputy spokesperson Gift Siziba said Sadc and other regional bodies were warming up to their calls for intervention to compel government to implement the necessary reforms ahead of the 2023 elections.

“We have already started our engagement with Sadc and the African Union,” Siziba said.

“We have written to these bodies and are set to have meetings with them on the deepening crisis and the question of reforms which is at the centre of Zimbabwe’s viciously disputed election.

“We are aware of the troika summit that is happening and we have received a favourable response, particularly the acknowledgement of our letters from these regional bodies which we think is a positive outlook from the pro-democracy movement.

“And we look forward to having meetings with the Sadc and AU and all other regional and international players who care, particularly around the issue of holding free and fair elections which is at the centre of our engagement.”

Independent election watchdogs recommended a number of electoral reforms after the 2018 disputed elections.

The European Union observer mission made 23 recommendations after the 2018 elections, including the alignment of the Electoral Act to the Constitution and ensuring the independence of the Zimbabwe Electoral Commission.

But there has been little movement towards implementation, with critics alleging lack of political will on the part of government.

The opposition says Zimbabwe faces another disputed election if there are no tangible electoral reforms.

Siziba said the CCC would not boycott the polls.

“Our parliamentarians are going to be very critical about this in pushing this particular issue to advance the principles and values and issues that are raised by ordinary people,” he said.

“Parliament is going to be an important area of our citizens’ struggle to try to resolve part of the crisis involving executive tyranny which is the contrary to the provisions of the Constitution.”