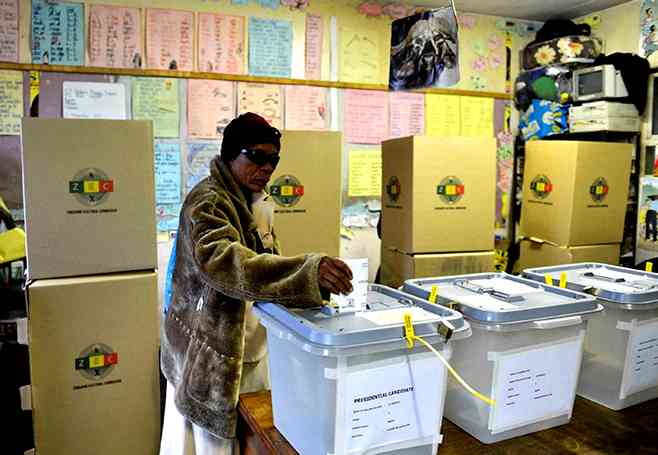 The opposition Citizens Coalition for Change (CCC) and various pressure groups are mobilising unregistered voters to register to vote by offering them free transport and other incentives.

The pressure groups, however, expressed frustration over finding registration centres often closed even during working hours, or being subjected to unnecessary delays by “hostile” Zec officers.

In rural areas, citizens complain of travelling long distances only to be turned away due to technical challenges such as power outages.

“As an organisation we have noted that Zec is doing more to make sure that the registration centres for rural areas register more people than those in towns,” Chikwinya said.

“It seems there is bias somewhere, somehow as more people are being registered in rural areas than towns… I feel that Zec must be more serious and treat the rural virgin voter equally as the urban one.

“Zec must up the game and also make sure that each polling centre is a registration centre. As Zeat we are currently engaging Zec and Parliament over the issue so that the right to vote is guaranteed to everyone regardless of location.”

“Largely rural areas have more centres. It is likely to be difficult for urban voters to register as opposed to their rural counterparts,” ERC said in its report released yesterday.

Human rights lawyer Freddy Masarirevhu, who has been conducting a voter mobilising campaign since February, said prospective voters were failing to register because of poor services.

“The Zec staff members are in most cases hostile to the citizens who want to register to vote,” Masarirevhu said.

“Sometimes they set conditions that are unnecessary. One day, they were saying they were registering people who are below the age of 20 and majority of those we had mobilised were above 20.

“All the prospective registrants failed to register to vote. Such deliberate disenfranchisement of the voting process should be addressed urgently to achieve free and fair elections.”

Statistics released by Zec show that only 109 405 people were registered as new voters in the second mobile voter registration blitz that began on April 11, 2022 and ran until April 30.

CCC secretary for election Ian Makone said more people would register to vote if Zec was not captured and genuinely as well as transparently and professionally conducted the exercise.

“It is clear that the citizens have the will to register to vote if the conditions permit. This is evidenced by the high number of registered voters who were recorded during the mobile voter registration blitz,” Makoni said.

“When Zec introduced biometric voter registration in 2017 it had more than 400 registration units, so equipment is not the problem for the electoral body.”