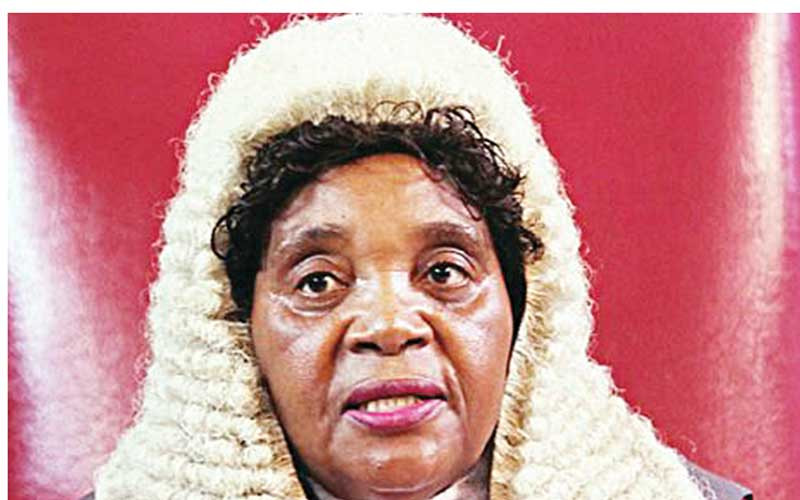 LOCAL businessman Tendai Mashamhanda has accused Deputy Chief Justice Elizabeth Gwaunza of working in cahoots with lawyers to tarnish High Court judge Justice Tawanda Chitapi‘s image for presiding over a scheduled court hearing in which he gave a default judgment in favour of Puwayi Chiutsi who had sold a residential property to him for US$230 000.

Mashamhanda has written to Justice minister Ziyambi Ziyambi alleging that Justice Gwaunza was not only conflicted, but abused her office and obstructed the course of justice.

Mashamhanda has also approached the Constitutional Court alleging that his fundamental rights were infringed by the Supreme Court and Justice Gwaunza.

“The Supreme Court lawyers and Bariade Investments colluded to frame a case against Justice Chitapi alleging that he held an unscheduled court hearing in July 2021 for the main purpose of granting a default judgment in favour of Puwayi Chiutsi and that the default judgment was delivered to appellants’ lawyers just before the Supreme Court hearing. This allegation is totally false,” the letter read.

According to a July 6 court record, Chitapi told all the parties that “the hearing of the application will be heard (sic) on the July 20, 2021 at 10am. So the main application is postponed to that date.”

However, Mashamhanda accuses the Supreme Court of intentionally leaving out crucial information so that it could set aside Justice Chitapi’s judgment.

“In the Supreme Court judgment at paragraph 41 items 5 and 6 it is stated: ‘The hearing of the application is set down for hearing (sic) on July 20, 2021.” The Supreme Court deliberately left out the part of the sentence that reads ‘so the main application stands postponed to that date. In my opinion this is fraudulent conduct,” Mashamhanda averred.

Mashamhanda accuses Gwaunza of colluding with researcher Dean Mawere, lawyers Diana Kawenda, Tafadzwa Mapuranga, Thabani Mpofu and Bariade Investments who all removed the phrase “so the main application stands postponed to that date” in their affidavits.

The businessman had approached the High Court seeking to establish that Bariade Investments through its lawyer, Tendai Biti, stage-managed a fake auction where it purportedly bought the property. He alleged that Biti knew in advance that the court was going to cancel the deed.

The businessman alleged that Tendai Biti Law Chambers submitted fake affidavits and the Sheriff’s Office generated fake receipts to make it appear as if Bariade Investments had bought the property at an auction.

“This is a doctored document. We started using RTGS in February 2019. The amount in figures is 270 000 RTGS in words/$270. It is not clear whether the amount in words or in figures is the correct amount. But what is clear is that the amount was paid in RTGS when there was no RTGS. That means the purported payment was made in 2019 after the introduction of the RTGS payment system. At the bottom of the receipt, it’s written paid on 07/02/19. It demonstrates that the fake payment was made in 2019,” the letter read.

Mashamhanda also alleges that documents show that Bariade Investments was declared the highest bidder at the “auction” three days before the actual purported auction.

“I believe I have no option, but to appeal to you honourable minister to consider amending the Constitution of the Republic of Zimbabwe to ensure that the judicial functions of the deputy chief justice office can be performed in a manner that cannot be seen as compromising impartiality of the office,” Mashamhanda argued.